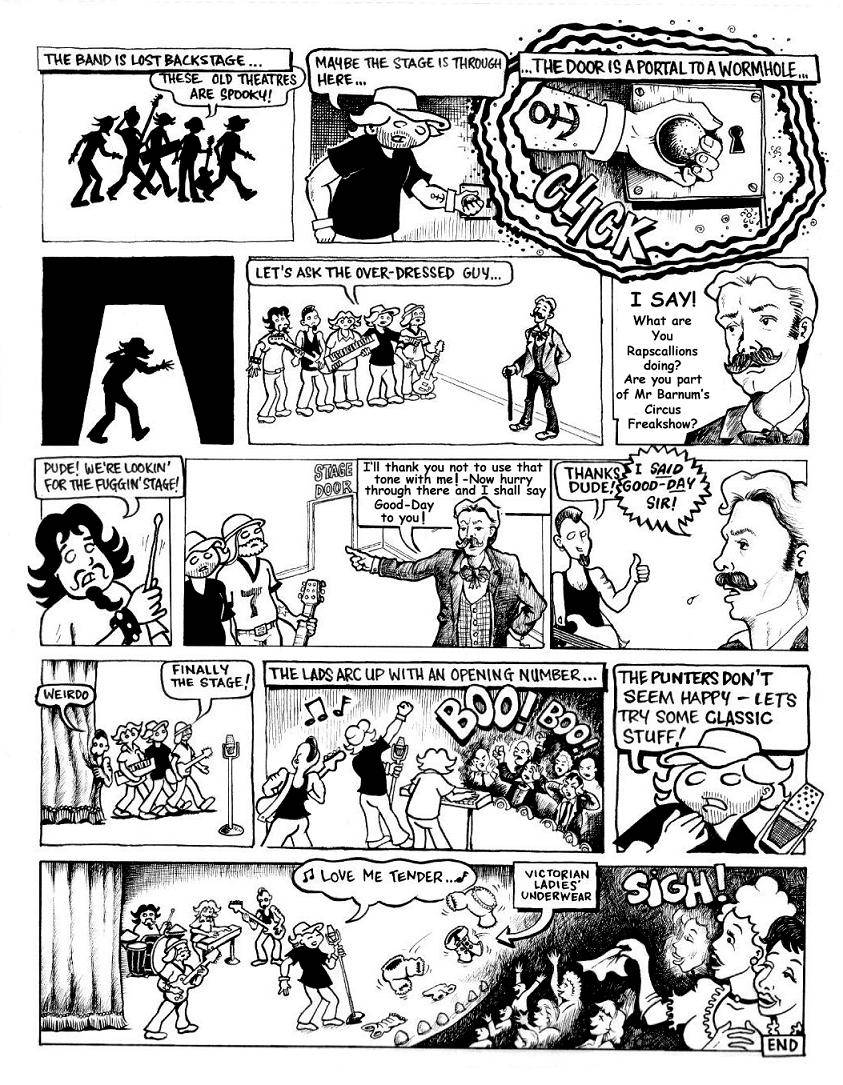 My first Guest Episode! Yay! I wish I could say I'd been inundated by people wishing to have their Howler Monkey fan art published... Unfortunately no. I asked each of the contributors personally to submit something (although those chosen were done so because they had expressed their enjoyment of the comic, so that has to count for something). I put Andrew's Episode first because, of the five 'GuEps', his is the closest, style-wise, to my own. I like how he's added little features like ears, eyebrows and occasional nose action (which I deliberately avoid), but the characters are still recognisable, yet 'removed' from reality. Reading this Episode reminds me of 'The Simpsons' (most things in life remind me of 'The Simpsons', actually). Occasionally they make references to having yellow skin, and in one early ep Lisa tells Bart that one day 'humans' will have five fingers. This somehow puts 'The Simpsons' in some sort of parallel dimension. The fact that the Howler Monkeys look 'odd', yet the Victorian characters look 'normal', highlights the fact that the world of the Howler Monkeys may not be the same world inhabited by 'humans'... Weird... Oh, in case I didn't make it clear earlier, I love this Episode.
/