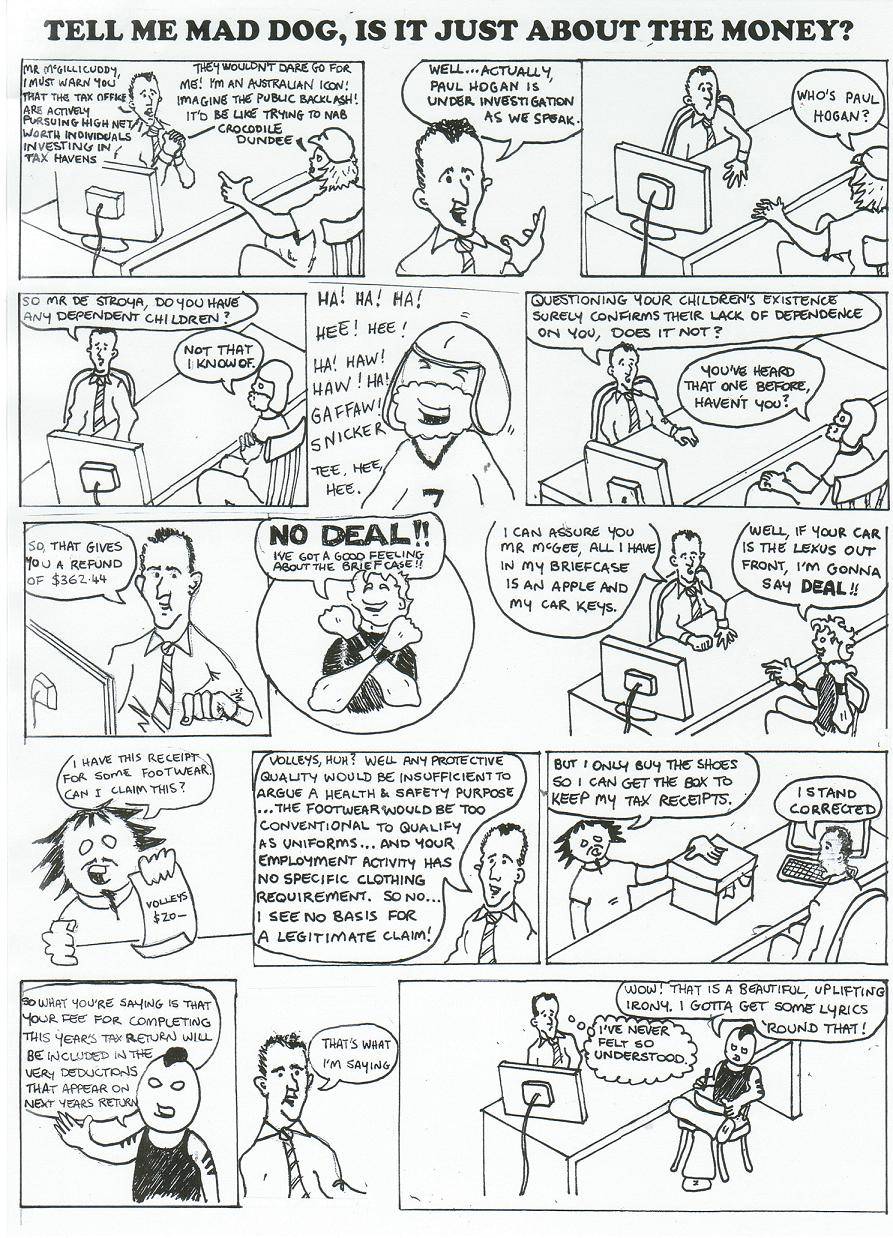 The GuEps come full circle with another in a style somewhat similar to my own. I told Fitz (the artist) that his Episode fits perfectly here, for two reasons. Firstly, for the above reason - that it signals a return to my own Episodes. Secondly, it fits thematically. Cono's Episode depicts the decadence and lavish spending of the band in the wake of their success, while Fitz's Episode shows the reality of fronting up to the tax agent (Fitz is a CPA, hence his intricate knowledge of taxation affairs)... I mentioned under Ep 4/S1 (Andrew's Episode) that the band seems to exist in a world of their own, as their appearance was contrasted against the 'normal' appearance of other characters. The same occurs here, as the Howler Monkeys are stylised 'humanoids', while their accountant (who bears a striking resemblance to the artist) looks like a 'normal' person... This is, again, a killer Episode. I have really enjoyed this Series. Hopefully it has inspired someone out there to contribute next time I do a run of GuEps. Big thanks again to Andrew, Cecile, Rita, Cono and Fitz - forever a part of the Howler Monkeys experience.
/