Episode 1 - The Brotherhood of The Yeti 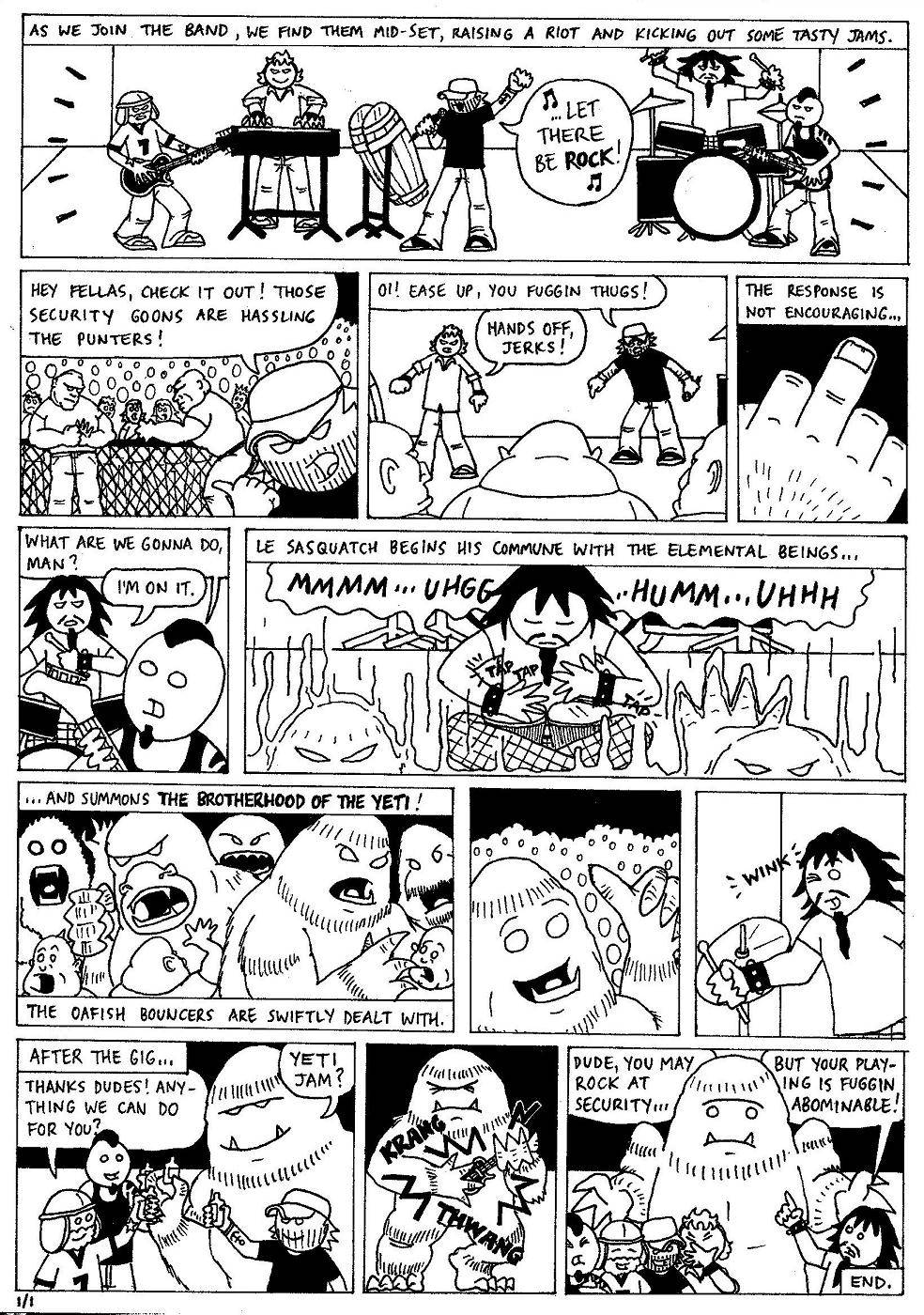 Episode 1 dedicated to Les Paul, 1915-2009. The first idea I had for a story, and therefore the first story published. Basically, I just wanted to include Yetis and an 'abominable' pun... My sister said it was a 'dad joke'. But I'm a dad, so I'm allowed to make them now. The first ep, like the Sneak Preview, was designed to showcase the main things that the comic will be known for: a love of (rock) music, supernatural goings-on (with little or no explanation) and deliberately dodgy humour. Security goons feature in this story. They are never used again. After this incident, the band decided they no longer needed or wanted the 'assistance' of security staff. I depicted the band performing "Let There Be Rock" by AC/DC, because it alludes to a beginning. Just as rock n roll 'begins' in the song, so does my comic now 'begin'.... Wank over.
/