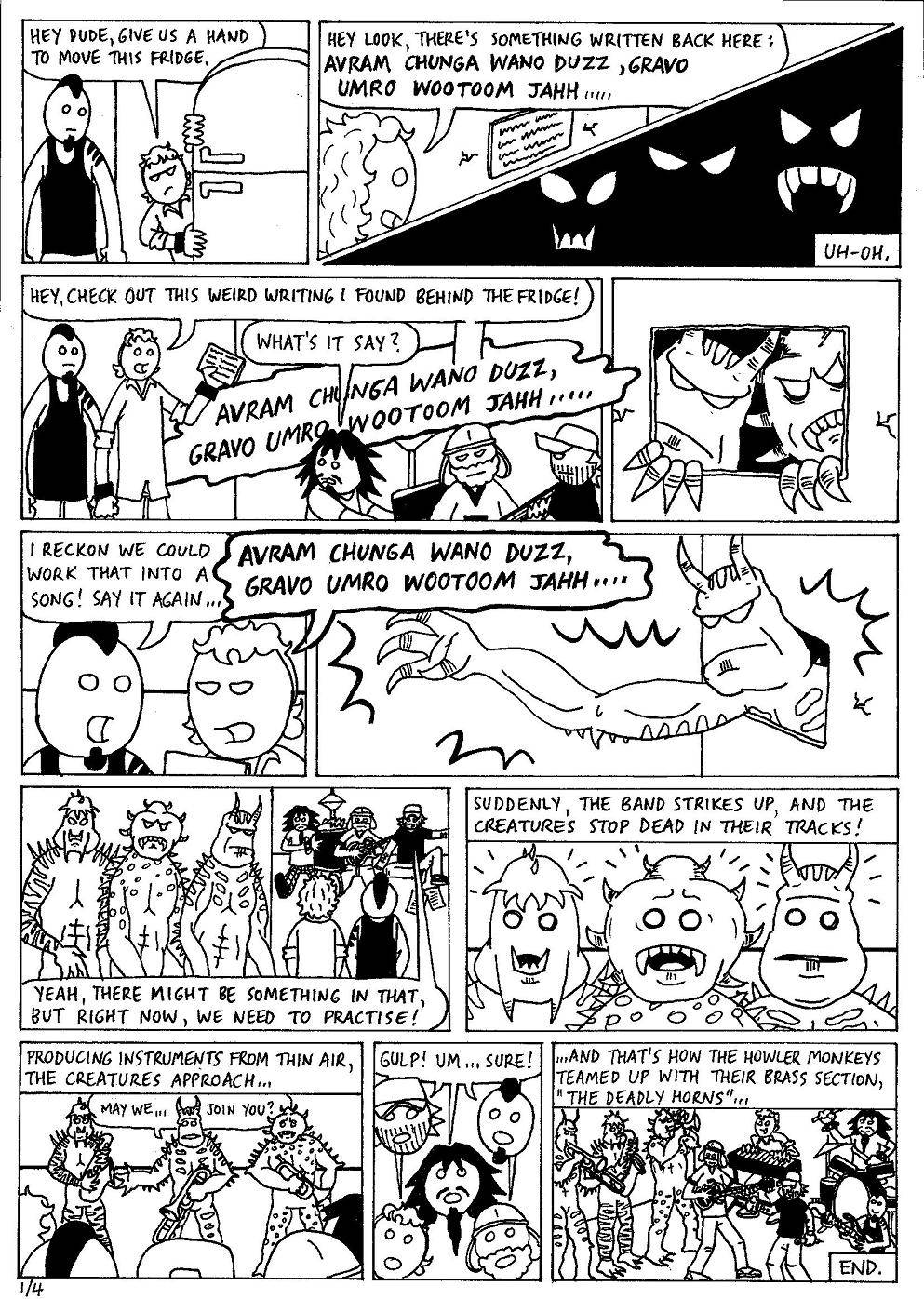 I came up with the Howler Monkey Top 50 (songs - see Random Shit) before I started drawing the comics, and I realised there were a few numbers with some serious brass. I knew the band would need a horns section, so The Deadly Horns were born. Quite obviously, 'Deadly Horns' has a double meaning. The creatures probably would have eaten the band had they not so enjoyed their music, so they're deadly in the sense that they could quite easily cause death. But their horn-playing is also 'deadly' as in wicked, awesome, cool. Dig me? And the creatures HAVE horns as well as PLAY horns... Pretty fuggin clever. This is the first episode that I significantly manipulated on the computer. In frame 7, when I first drew it, it looked like Mad Dog had his hand on Beardo's leg. They're close, but not that close, so I changed it. I don't know why Smiley needed to move the fridge.
/