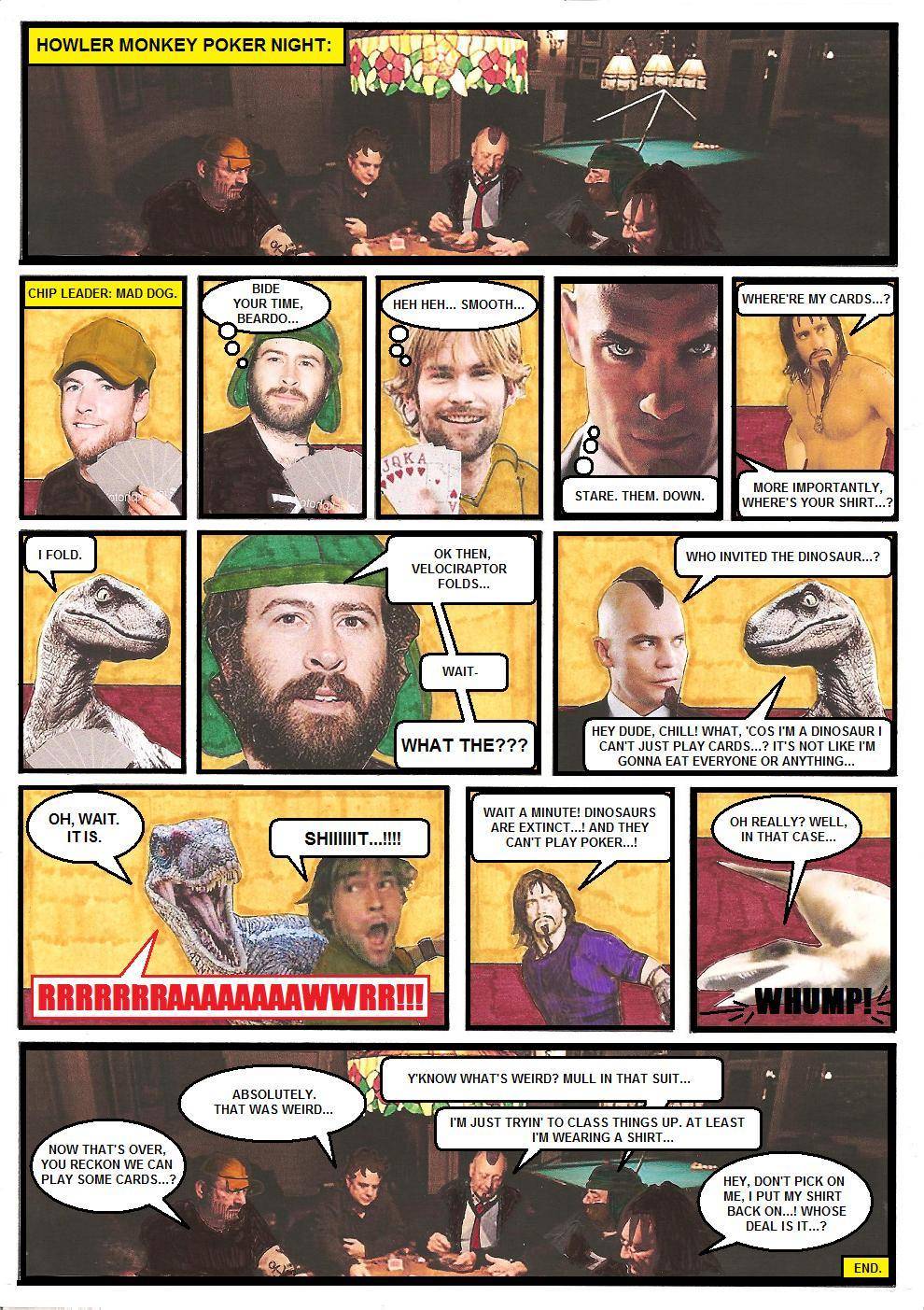 The second of this Series' Special Episodes is also somewhat of a disappointment, mainly because the artist, Collage a Trois, is me. I did this as a back-up 2 years ago, when I had my first round of Guesties. I didn't need it then, and I didn't need it for Round 2, but due to the business discussed last week, it's finally been called up. While not technically a 'remake', the fact that this Ep sat unused for so long caused me to adapt the story slightly, and this adapted idea eventually became Episode 8/2: Identiraptor. So, while this isn't based specifically on a previous Episode, the content is similar to 8/2, in that a raptor tries to infiltrate The Bunker and hide in plain sight among the Howler Monkeys (sounds good to me). This Ep also captures the fascination I had a while back with big Hollywood names who would suit the roles of the Howler Monkeys. I've chopped and changed many times, but this Ep features what was, for a long time, my favourite line-up: Sam Worthington as Mad Dog, Jason Lee as Beardo, Seann William Scott as Smiley, Timothy Olyphant as Mull, and Jake Gyllenhaal as Le Sas. The other thing I like about this Ep is that the content was directly inspired by the images I was able to find and piece together. For example, Mull is bald save for his mohawk, so the only bald images of Timothy Olyphant were from his role in 'Hitman', in which he wears a suit. Hence the suit gag. The same was true for Jake Gyllenhaal, whose long hair had to match Le Sas'. Therefore, I used images from 'Prince of Persia', which were largely shirtless, hence the respective shirt gags... So, I'm disappointed that I've had to resort to a back-up Ep, however, I'm glad that a piece that I put a lot of time and effort into is finally seeing the light of day. Next week: A COMPLETE Episode from an ACTUAL GUEST ARTIST. I PROMISE.