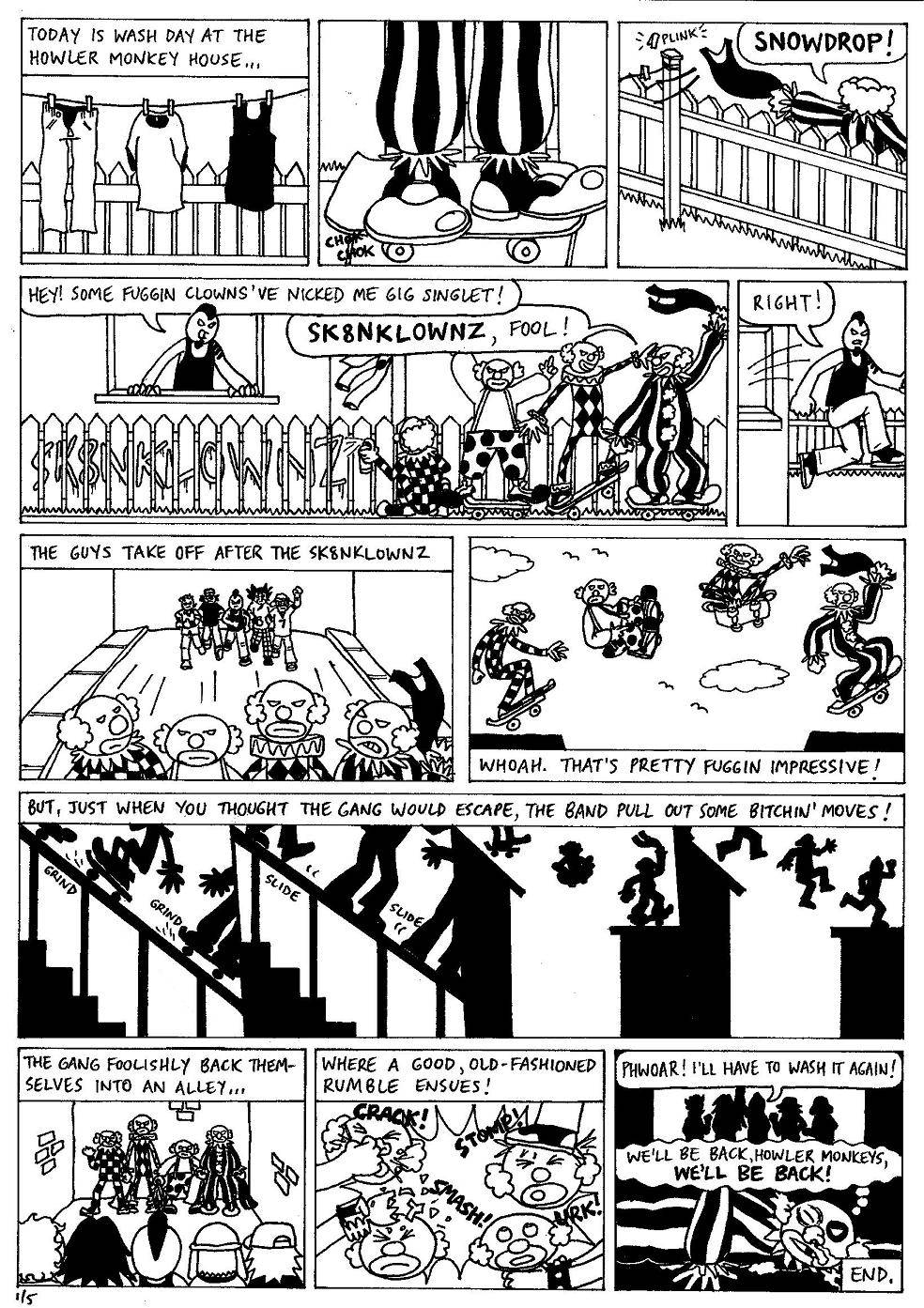 I doodled a badass little clown pulling some sick moves on a skateboard, and knew he had to go in the comic somewhere... At first, I had intended that the 'KLOWNZ just be some random gang who unwittingly targeted the wrong hombres. Then I added the final line, "We'll be back, Howler Monkeys..." indicating that the band was known to the gang and targeted on purpose. Not only that, they seemed to know the importance of Mull's gig singlet! Will the 'KLOWNZ be back, as promised? Only time will tell... Interesting piece of trivia: This is the first episode not to feature a gig, a rehearsal or any type of performance by the band.
/