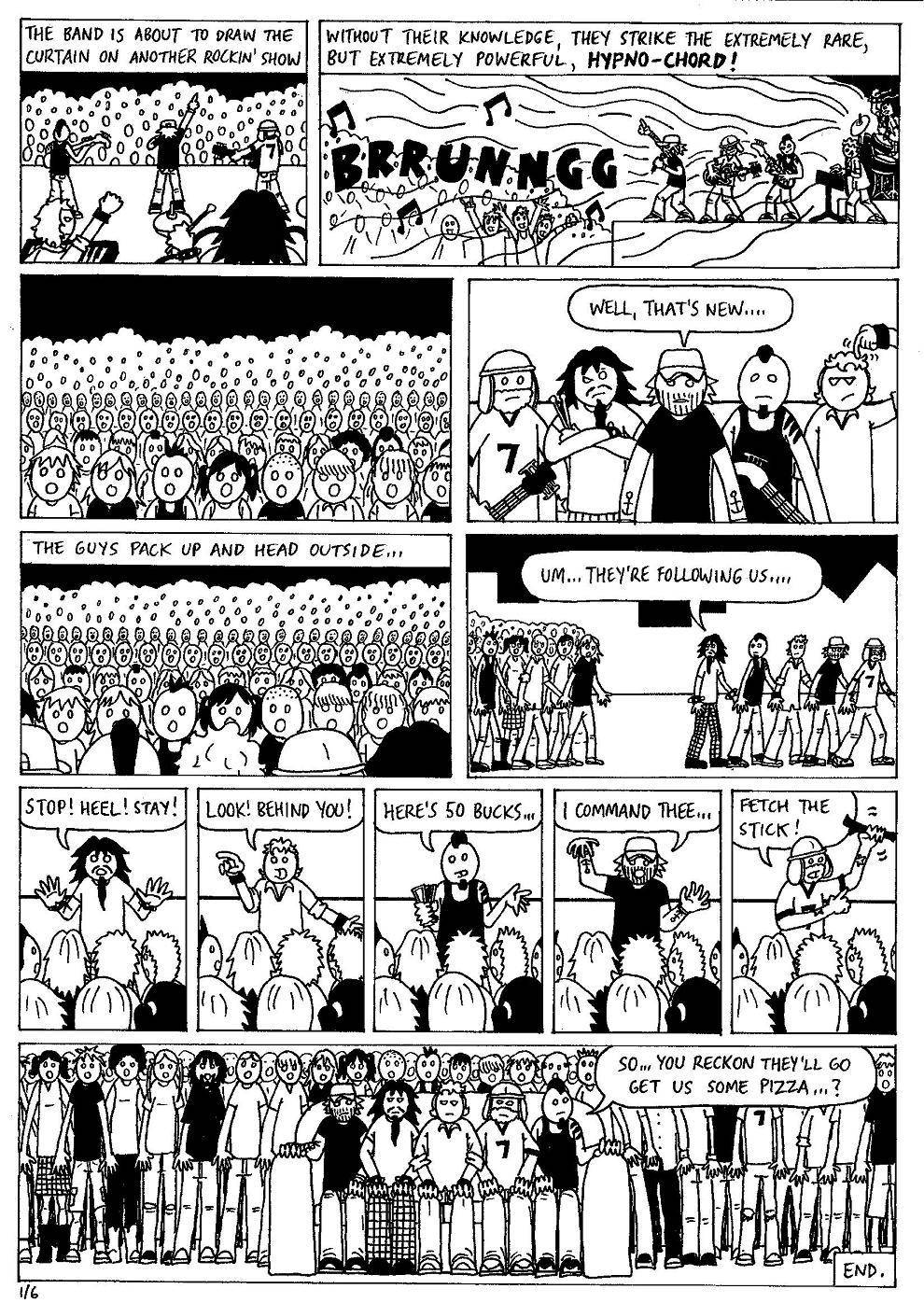 Someone remarked on the guestbook that this episode was 'like the Hypnotoad from Futurama'. I think the Hypnotoad may be partially responsible for the creation of this episode. Man, I hated drawing all those people over and over again. Lucky I designed my characters very simply, or I would've gone NUTS. It made me think of Todd McFarlane, who came up with some wicked Spider-Man flourishes, such as the detail on his costume and the web material itself. It looked awesome, but it would've been a BITCH to draw over and over again... I originally had Mad Dog saying "I command YOU," but I think "I command THEE" is much funnier. Dedicated to the memory of Balloon Boy .... What? He wasn't in the balloon? .... He was hiding in the attic? .... What? The whole thing was a HOAX??? .... Screw you, Balloon Boy.
/