Episode 9 - Mad Dog McGillicuddy and his Rabid Band of Howler Monkeys vs The Crimson Cadaver and his Evil Crew of Undead Buccaneers, Part 1 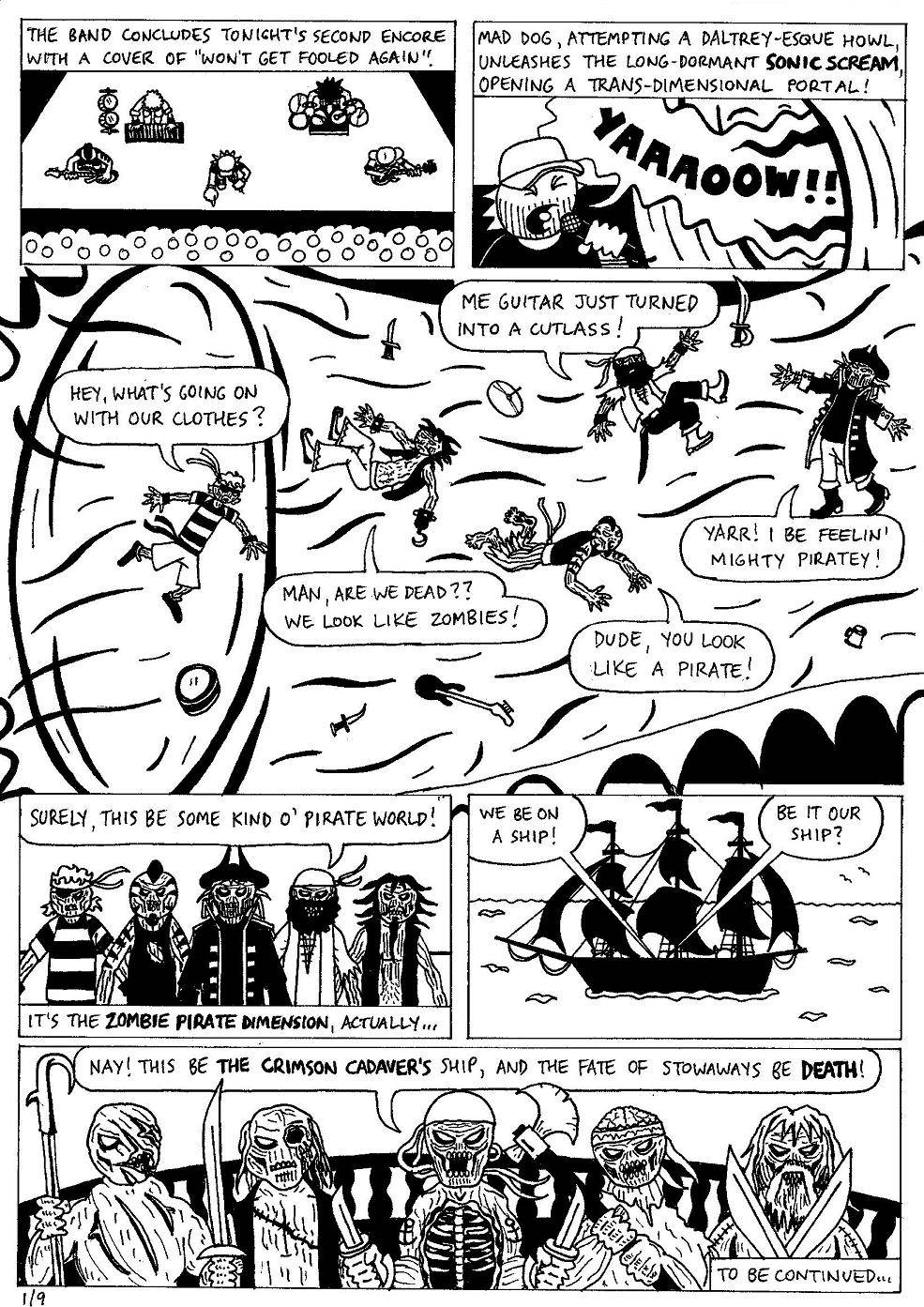 I love &#122;ombies. I love pirates. I didn't have the patience to write separate episodes about these phenomena, so I just chucked 'em together...! I don't know why the band actually turn into &#122;ombie pirates en route to that dimension. There will be some more trans-dimensional shenanigans in upcoming episodes, but there's no more transforming into different things... Inconsistent? Yes. Much easier for me to write and draw? HELL YES. I don't want to hear any nerds whining about the ship, either. I didn't know how to draw a proper pirate ship. We've got this crappy metal ship thing on the mantel, so I just copied it. So that's a pre-emptive 'eff off' to all you trainspotters... Finally, just in case you actually care, and I don't get the chance to include them later, here are the names of the Crimson Cadaver's crew (final panel, left to right): Boathook, One-Eye, Chumhead and Deadbeard. P.S. Just as Mad Dog is the bandleader in their dimension, so is he the Captain of their crew in the &#122;ombie pirate dimension. Some things remain constant between dimensions... Like my ego.
/