Episode 10 - Mad Dog McGillicuddy and his Rabid Band of Howler Monkeys vs The Crimson Cadaver and his Evil Crew of Undead Buccaneers, Part 2 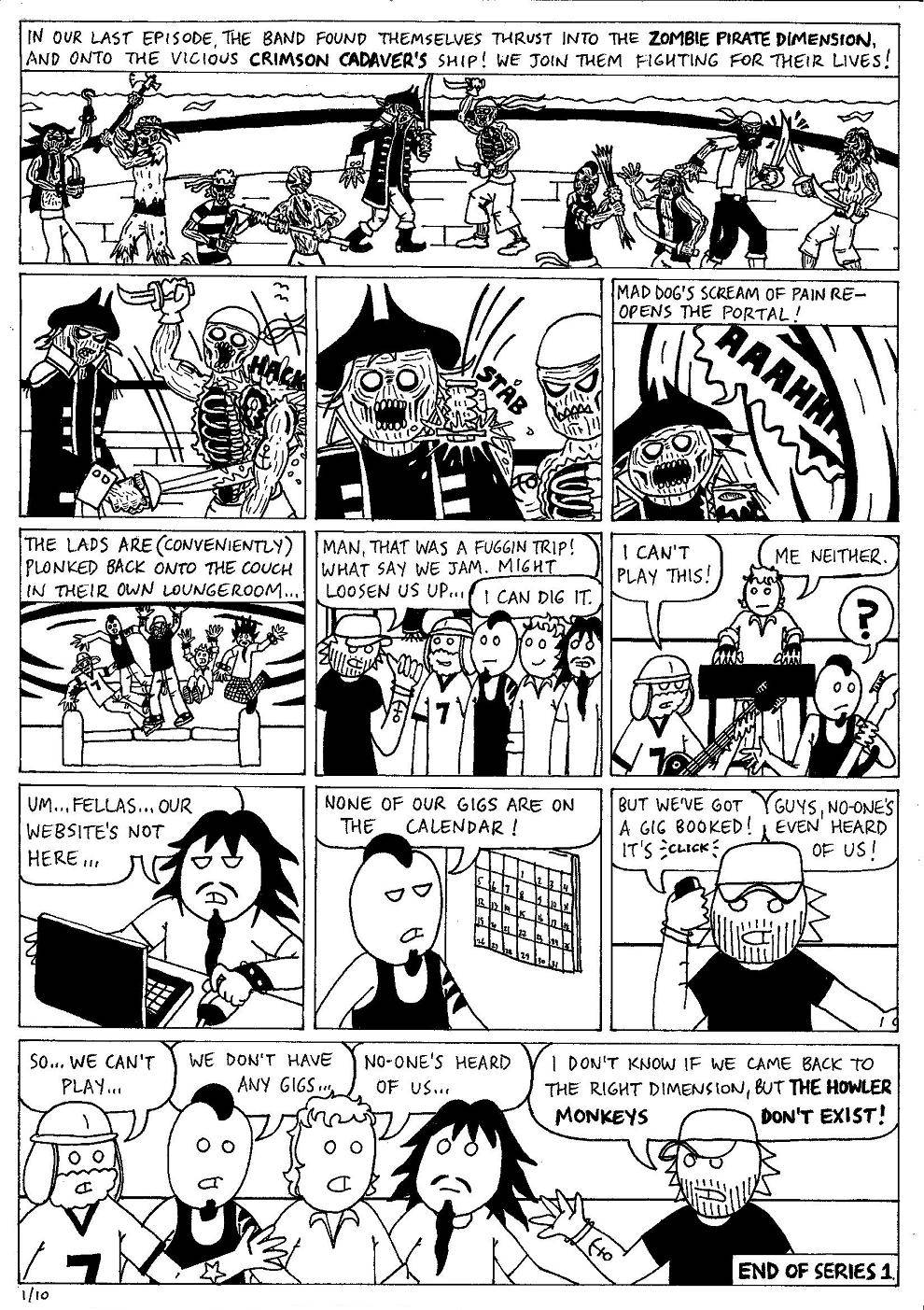 SERIES FINALE! I made it to the end of a series! Sure, the series is only 10 episodes long, but so is each series of 'Curb Your Enthusiasm'... A few plot holes in this one. The band transform completely back to their normal selves. Mad Dog's stab wound magically disappears. They return to the couch, instead of the gig from whence they left... and so on. I don't care. Next! When I originally wrote this episode, I had the band actually die and become &#122;ombies. But I couldn't figure out how to bring them back to life, so I did it this way. I love a good cliff-hanger, don't you?
/