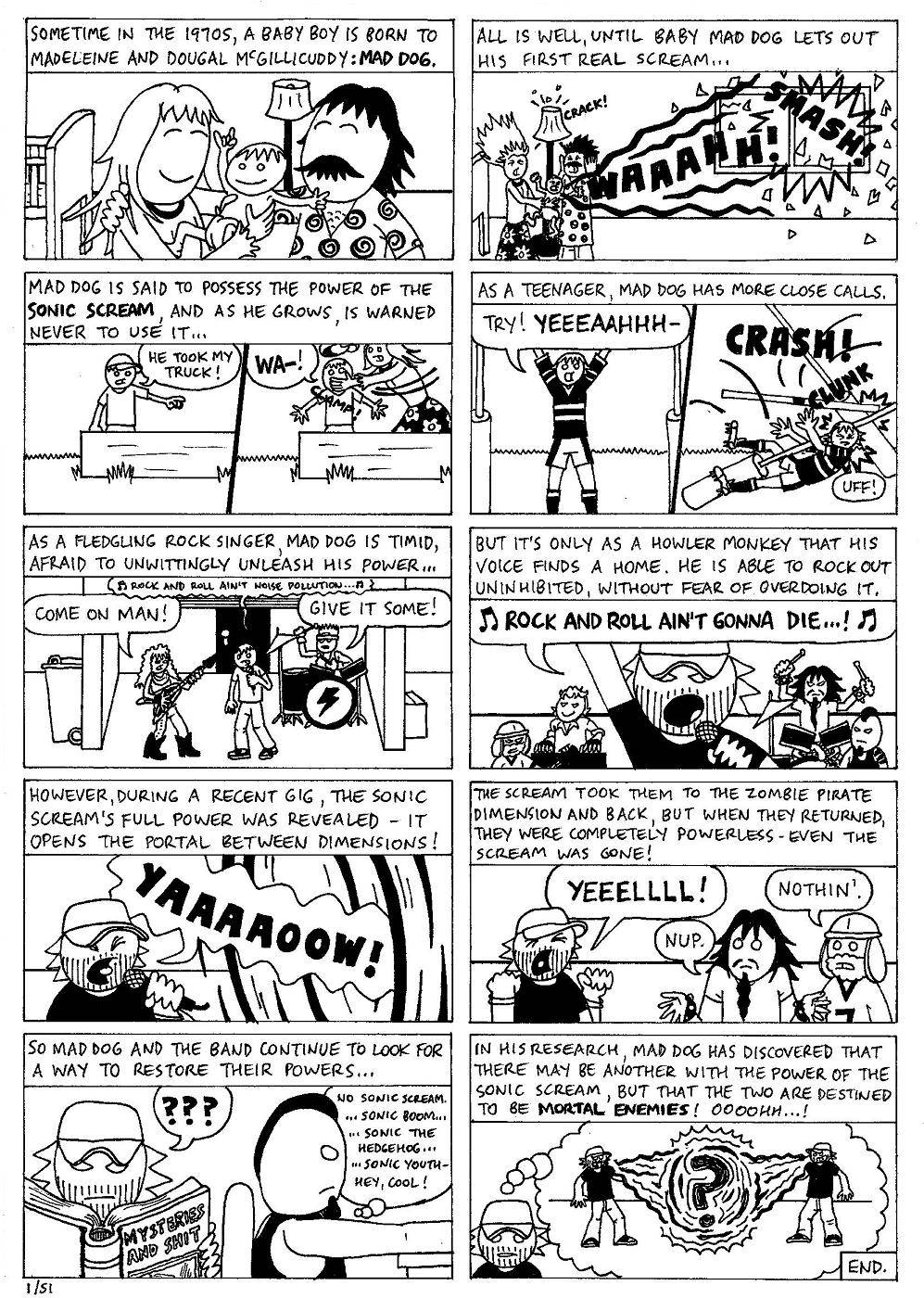 Just like the recent 'X-Men Origins'...but way more kickass. Yes, 'Mad Dog' is not a nickname, but his actual name, made up of his parents' names (MADeleine, DOuGal - 'Mad Doug' would've been a bit lame, though...). I specifically chose rugby league as teenage Mad Dog's sport because it's my favourite sport. It may be lost on readers from non-rugby-league-playing countries, but I don't care... I like that Mad Dog's first band is a dodgy 80s metal band, complete with permed mullet, Flying V, lightning bolt and sweatbands. I also like that Mad Dog's 'research' comes from a book called 'Mysteries and Shit'. Will anything come of Mad Dog's discovery about his Sonic Scream counterpart? Only time will tell (if we can stand the test of time)... P.S. How effing AWESOME is 'Rock 'n' Roll Ain't Noise Pollution'...? Very.
/