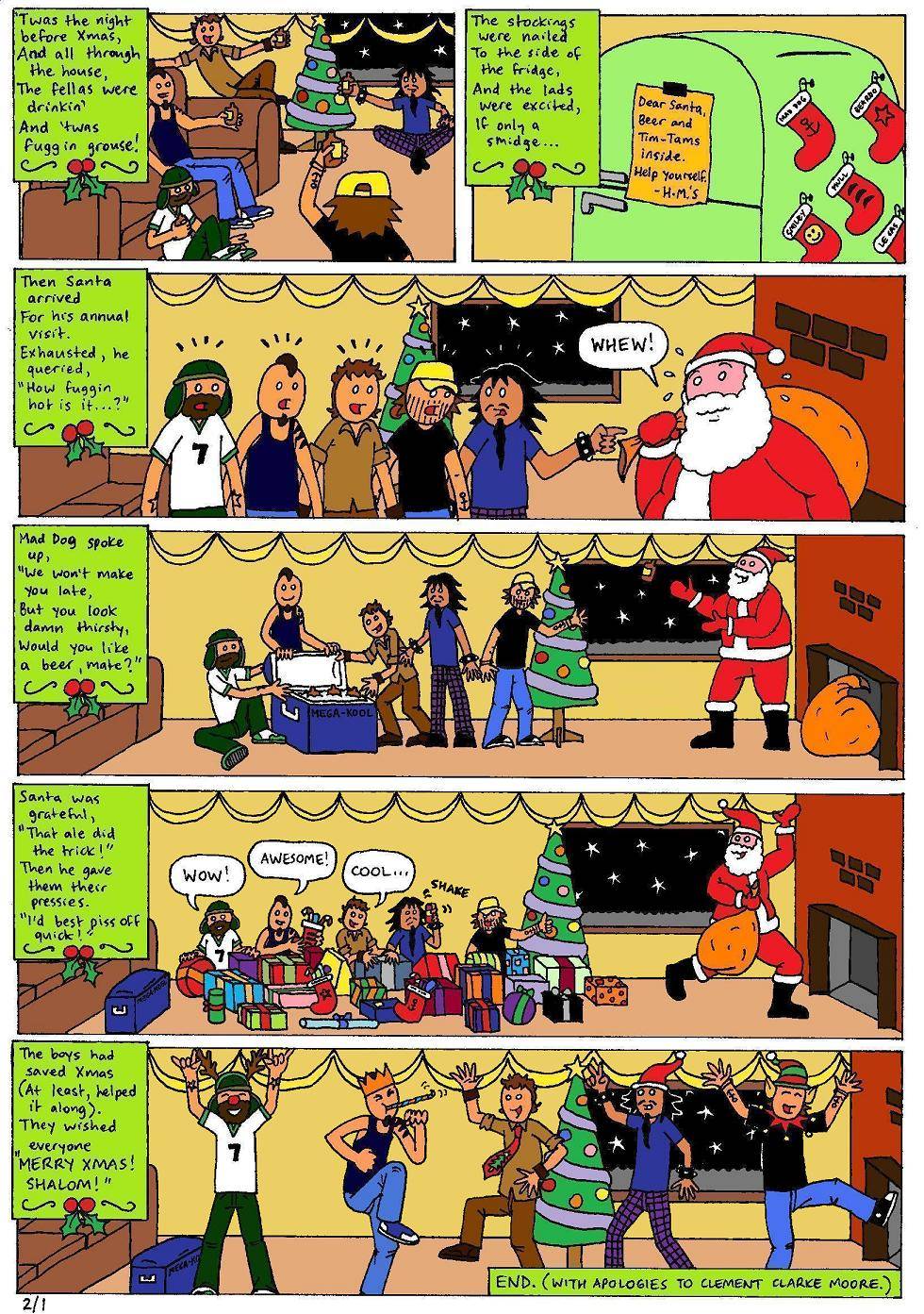 FILMED IN GLORIOUS TECHNICOLOUR - for the first and last time until I get some decent illustrating software... Colouring this in using MS Paint took me fucking AGES...! 'The Night Before Christmas' has been ripped off a million times, so that idea wasn't particularly original, but saving Christmas by giving Santa a beer, that's pure Howler Monkey GOLD. My sister pointed out that Mad Dog's beard is missing in the final frame (wow, she must be a fan, hey?). I cannot explain this. I went back to the original hand-drawn copy, and the beard was there! Anyway, that's about it. I don't know if there'll be another Christmas Episode next year, because I really only planned Series 1 to fit in with special occasions, and I'm not a fan of posting filler material to coincide with holidays... MFC!
/