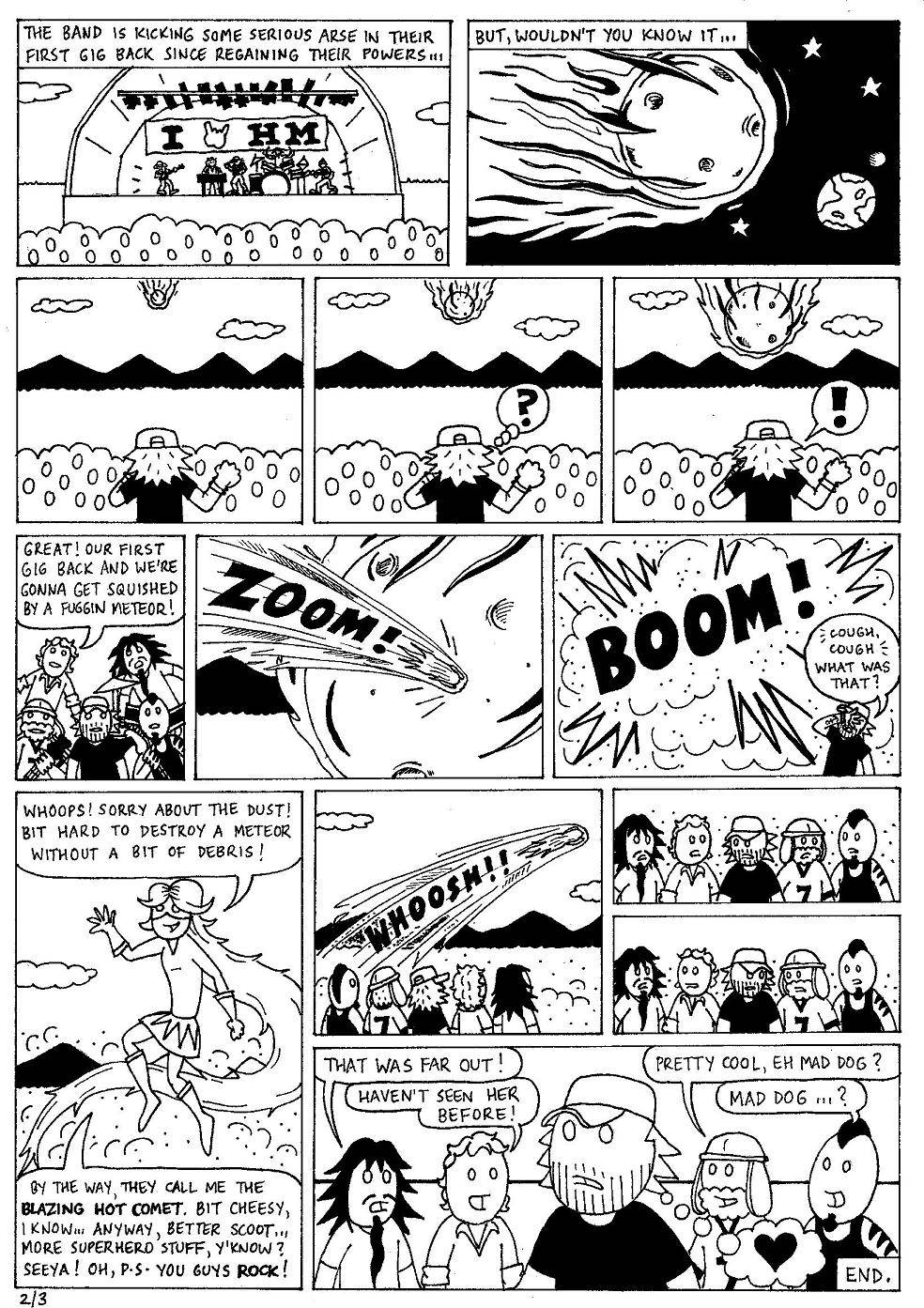 Introducing...the comic's first regular female character! Yaaay! Regular? Oh yes. As you can probably tell from Mad Dog's expression in the final panel, there'll be more adventures featuring our super-awesome cosmic girl, BHC. I'm going to take this moment to clear up some lingering Series 1 threads. Fitzy (Guestbook) thought that it was strange that the Howler Monkeys should be playing such a massive gig when they're in the wrong dimension, and Bon Scott only restored their musical powers... Well. Mad Dog only THOUGHT they were in the wrong dimension (check 1/10, final panel), when they actually had returned to their world. For some unexplained reason, all that tripping erased the existence of the Howler Monkeys. Bon Scott, in restoring their 'powers', actually put everything right again. Satisfied? Actually, I don't care, because that convenient little explanation works for me! Back to this Episode: Those who know me will know who BHC is based on. There will be other characters based on my daughters, other friends and acquaintances, and exes in upcoming episodes...see if you can spot who's who...you might even spot yourself! Finally, this Episode marks the second departure (after Episode 1/9) from the standard horizontal panel placement. There'll be more messin' with convention...hope you can handle it. (This program doesn't like the letter that is pronounced 'zed'... wait, that's got one in it... the last letter of the alphabet...I don't know why...)
/