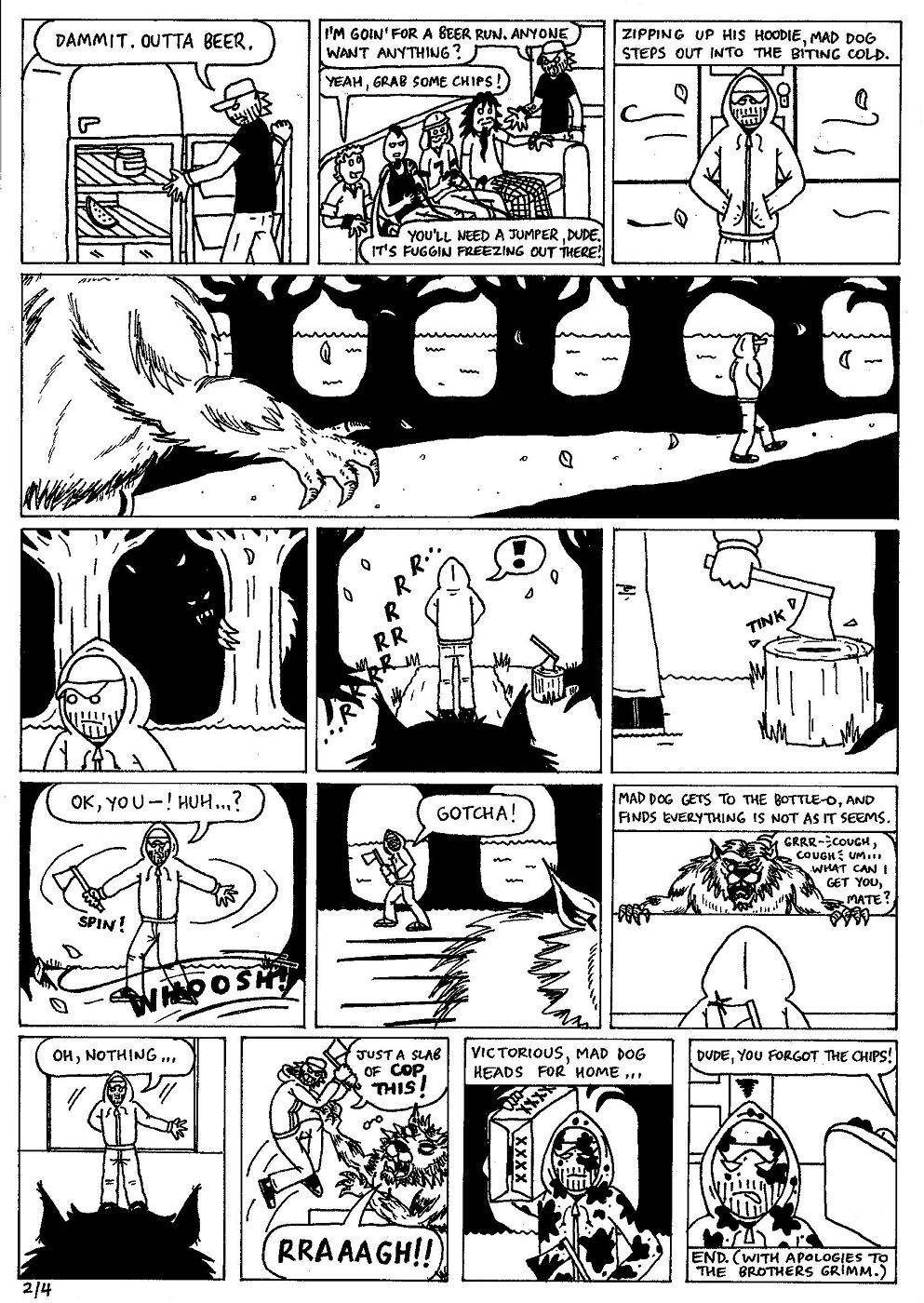 'Little Red Riding Hood' was (and is) my favourite fairytale. It has since inspired my love of werewolves and wolf lore in general. This was among the first episodes I wrote, and I never had quite the right place to put it. I planned Series 1 to coincide with Halloween and Christmas, and this one was left over, so I decided to make the writing of Series 2 easier by slotting this in somewhere... There are some trainspotting fans out there (Fitz), so I'll admit that this doesn't make sense in that if we are to assume that the comic is set in Australia, and the following episode coincides with Australia Day (which occurs in January), then it shouldn't be bitterly cold...but, then again, if you've been to an O'Mara party at Westbrook, you'll know that it can turn damn cold, even in the middle of summer.... That's all I got. My kids are pestering me for some fruit salad. Seeya! P.S. In panel 2, Mull is frowning while Beardo is smiling. This is because Beardo is beating Mull in whatever videogame they're playing. Considering the people on which those characters are based, that's pretty much right.
/