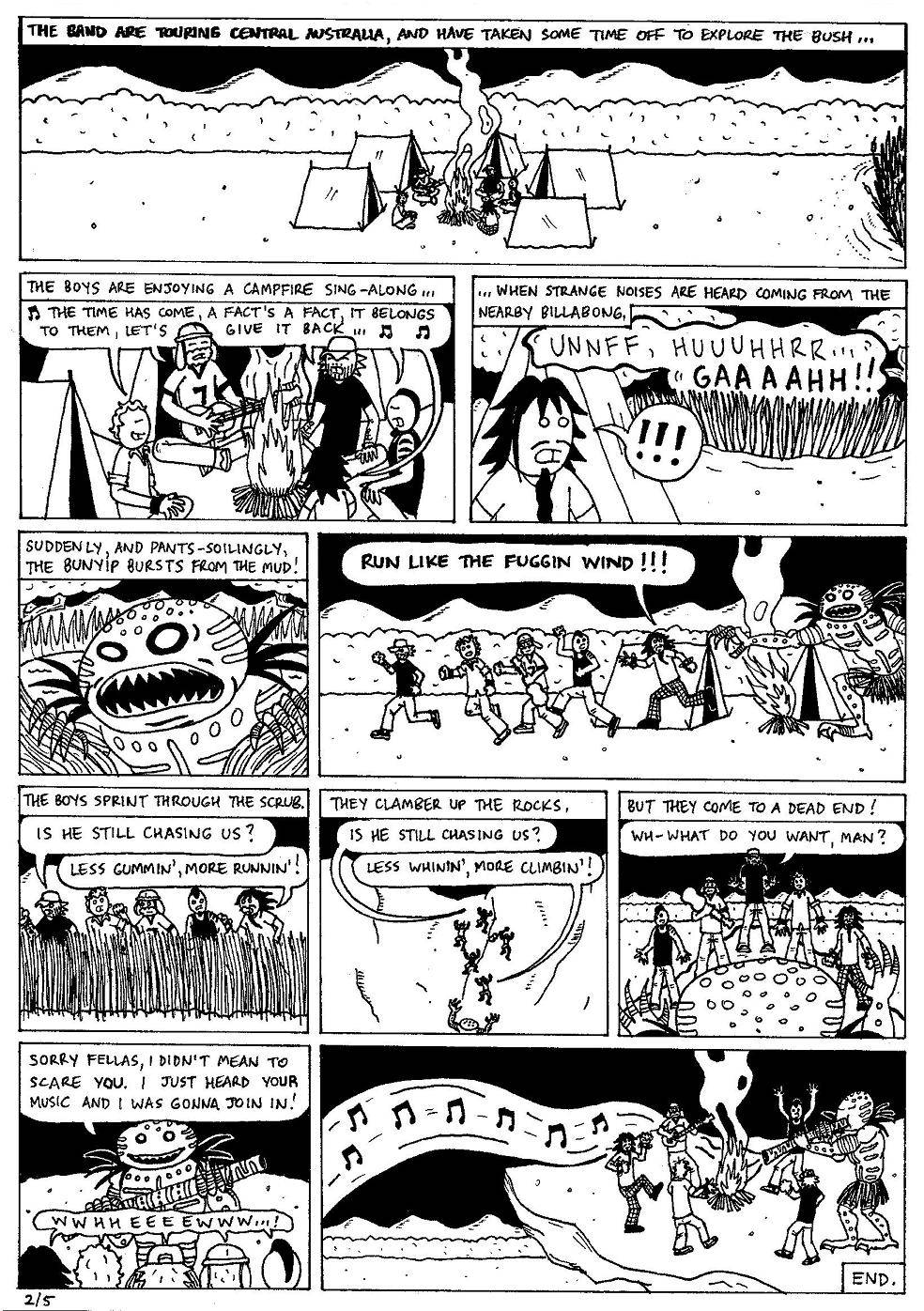 Someone once asked if I was ever going to 'get political' with this comic... I thought it already was political, but anyway... For the Australian episode, I situated the band clearly in the outback. I chose to use a character from Aboriginal mythology (whose design is meant to reflect his billabong camouflage, but could also represent traditional body-painting), whose instrument of choice is the didgeridoo. The band is singing Midnight Oil's 'Beds Are Burning'... Now, dig this: the band runs from the Bunyip because they think he's a threat, but it turns out he's friendly. In the same way, most white Australians have a fear of Aboriginal people, based on appearances, stereotypes and prejudices. In fact, most of the people we're afraid of have more in common with us than we realise. Sometimes they just wanna jam with us. How's that for political...?
/