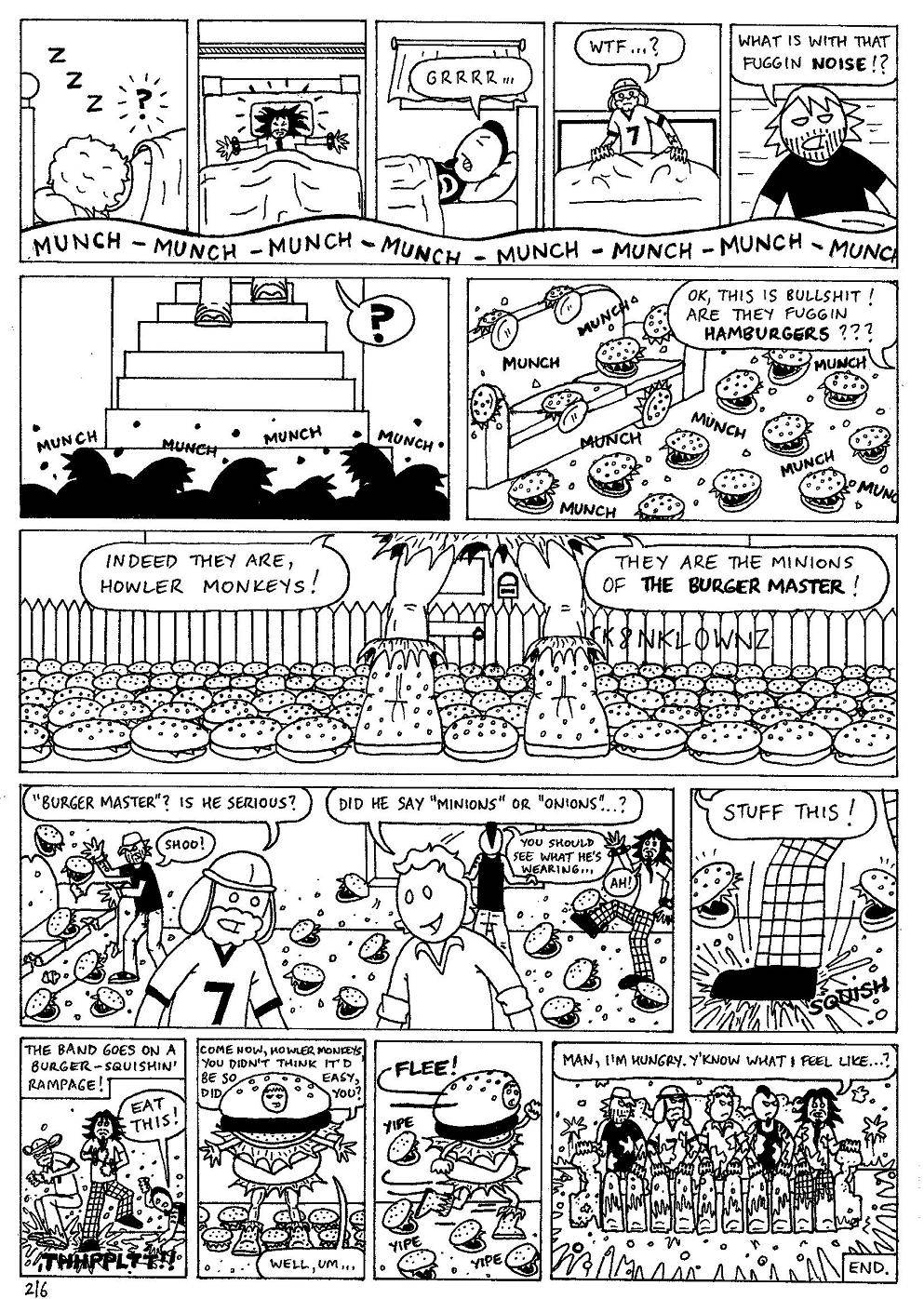 Alternate title: 'Worst. Villain. Ever.' In Grade 9, we had to read this book called 'The Silver Sword', which was set in Germany during WWII. The main characters had an encounter with the local BURGOMASTER. We thought this was hilarious, for 2 reasons. There used to be a skanky burger joint in South Toowoomba (where Super Rooster now is, for you locals) called 'Burgermaster', and also it seemed funny that there was a guy in charge of all the burgers..."The Burger Master". It seemed funny in Grade 9, and obviously I haven't matured much since then. This was another episode I wrote very early on, but kept on the back-burner, because I thought the Burger Master was SO LAME. I kept asking myself, 'Do I really want the band going up against a guy in a burger suit and a bunch of toothy burgers?" Anyway, I started drawing it and I liked the burgers. They reminded me of 'Attack of the Killer Tomatoes' and 'Critters', which I loved as a kid. I also tweaked BM's costume to make him appear more foolish, and I changed/added some dialogue so that the guys themselves were taking the piss out of him....then it worked. There is a tribute in panel 9: Le Sas' AH! is reminiscent of the autograph of comic artist Adam Hughes, whose Batman and Spider-Man stuff I really dig... Geez, am I a nerd or WHAT...?
/