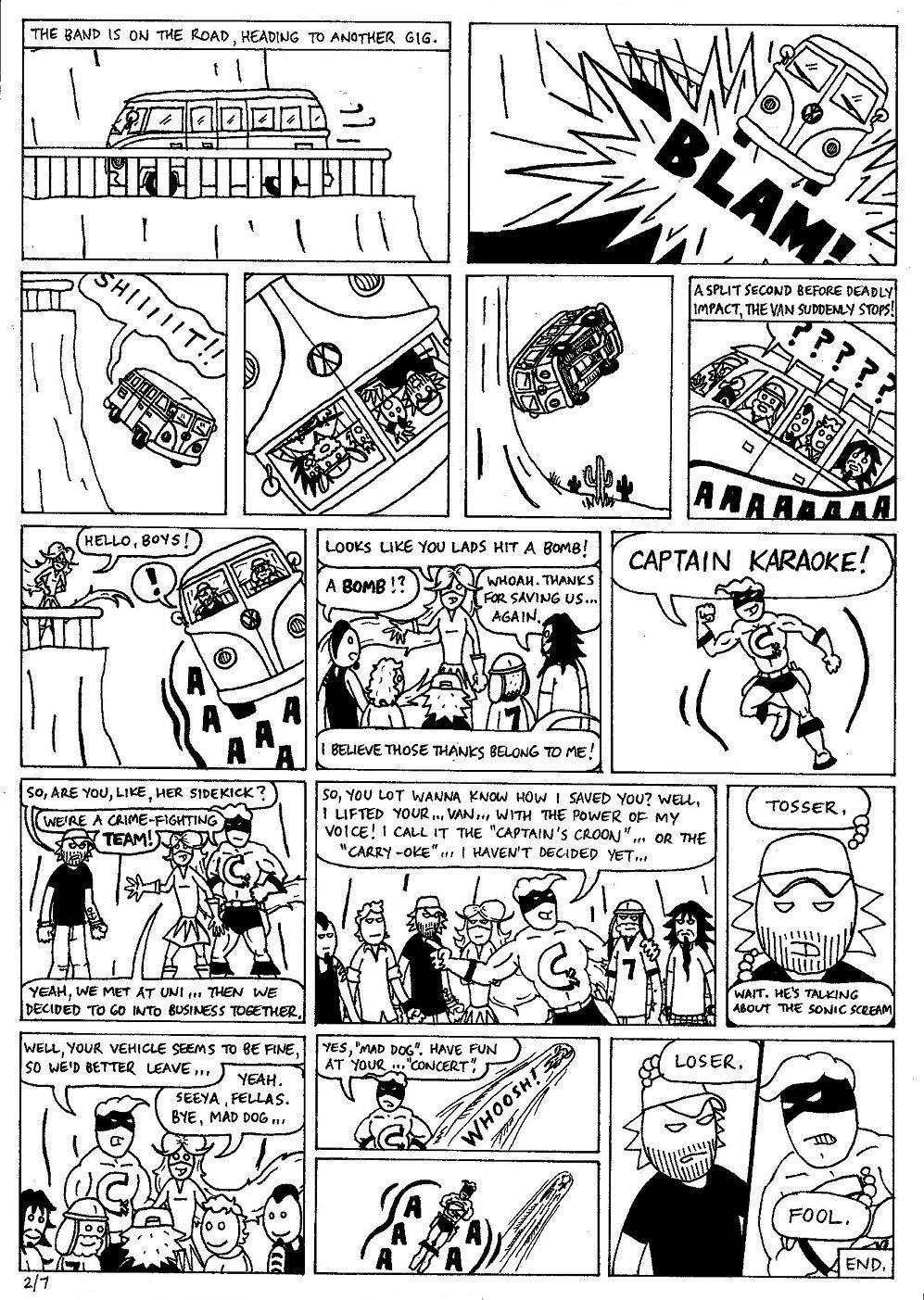 BHC's back! And this time, she's brought her 'sidekick'... I lamented my decision to have the band travel in a kombi. I got so fucking sick of drawing it, I vowed never to feature it again (it will end up making future appearances, but I'll be putting a permanent stop to it - stay tuned). The bomb is just a device to have the van go over a cliff...but it may have further implications down the track... Ooooh... Now, to the focus of this episode: Captain Karaoke. He's one of my former psuedonyms (and still current email address), and represents the single party dude I was in the late 90s/early 00s. I'm not really like him any more; I'm more like 'Mad Dog', hence his creation. Therefore, the two characters are at odds because they represent different incarnations of myself. How trippy is that...? Superficially, Mad Dog and Captain K simply don't like each other. There's some BHC jealousy, but the main reason is because they inherently recognise each as the other's MORTAL ENEMY! Remember Special Ep. 1/1? Mad Dog's research told him that the other in possession of the Sonic Scream was his mortal enemy! Will more come of this revelation? I think so...! Finally, I dig panel 12. It's obvious to all that Mad Dog and BHC like each other. BHC singles Mad Dog out, and the others all smile at him because they know he digs her too. In't that CUTE...?
/