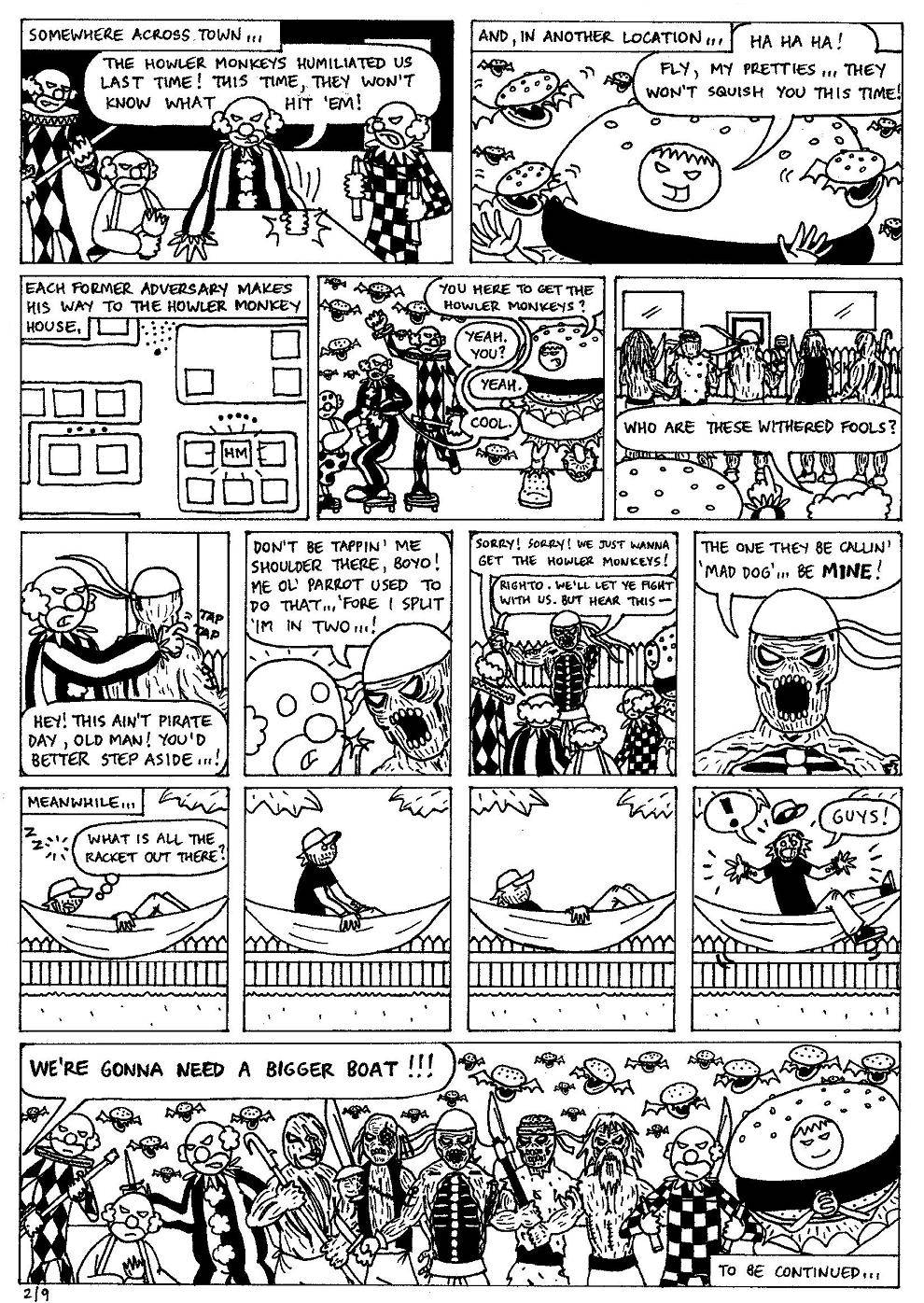 I like the idea of recurring villains/nemeses, and what better time to reintroduce them than in the middle of a 3-part Series Finale? So, the 'KLOWNZ want revenge for getting a touch-up in Ep. 1/5, and The Burger Master's back with new and improved flying burgers! The flying burgers are inspired by 'Tremors 3', where the worms, which had grown legs in the sequel, can fly. It was pretty lame, much like the Burger Master himself... I like that the head 'KLOWN (actually named 'Laffy') is all tough until a zombie pirate holds a knife to his throat, then he's all apologetic. I also like Mad Dog's double-take. I think the final frame is particularly well drawn, at least compared to everything I've drawn so far. And obviously, the final line is from 'Jaws'. Someone told me the last line didn't make sense because they weren't actually on a boat (duh). I had to explain to her that even though the original context for the line DID involve a boat in the open ocean, its use in popular culture now simply refers to one's current circumstances being insufficient to deal with the problem at hand. In this case, Mad Dog has doubts as to whether they can fend off ALL of these foes at once; he thinks they may be outnumbered. Hence, 'we're gonna need a bigger boat'. I sure schooled her ass.
/