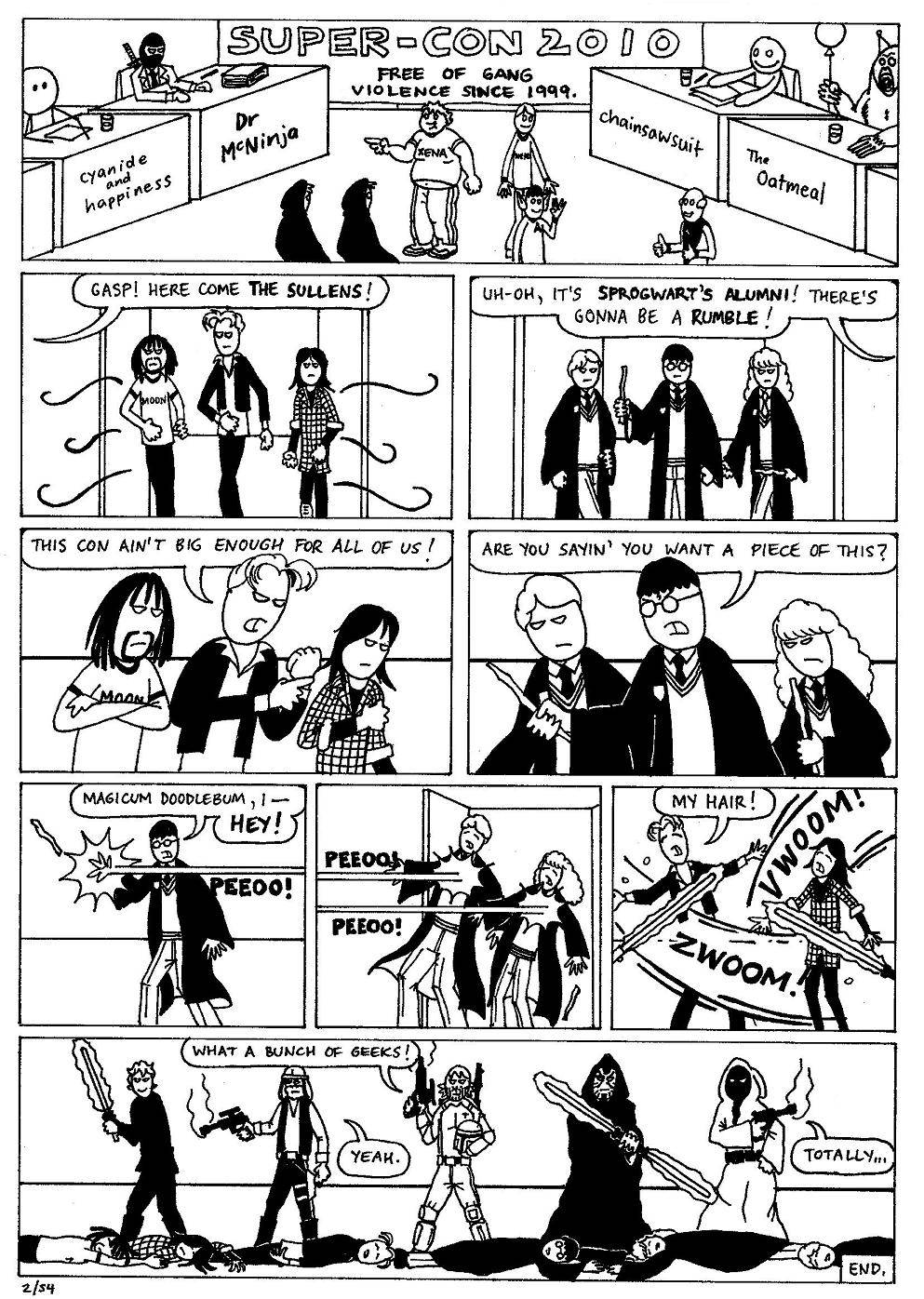 Who'd a' thunk it - this Episode has thus far been THE most popular. My readers must be as nerdy, if not more, than me. First panel is an obvious shout-out to my favourite webcomics (all listed in the Links section), plus a few generic Con gags (Trekkies, fat people)... Someone told me I'd perfectly captured the entrance of 'The Sullens', and asked if I'd seen the movie. I replied that everything I know about 'Twilight' is contained in this comic... I just wanted them to be uber-melodramatic, as I (correctly, it seems) assumed the film would be... I just thought it would be funny to depict fan-groups as violent gangs. Fanboys and -girls can be pretty fanatical. Why not pursue this fanaticism to its logical, 'Warriors'-esque conclusion...? And yes, the obvious final gag is the pot calling the kettle a nerd. I am a huge 'Star Wars' nerd (although I have NEVER dressed up as a character, and never will), but I'm old-school, so I was reluctant to cast Mull as Darth Maul (Smiley is Luke from 'Return of the Jedi', NOT Anakin from 'Revenge of the Sith')... That'll have to do. I just re-read this, which ONCE AGAIN confirms what a HUGE nerd I am... May the Force be with you.
/