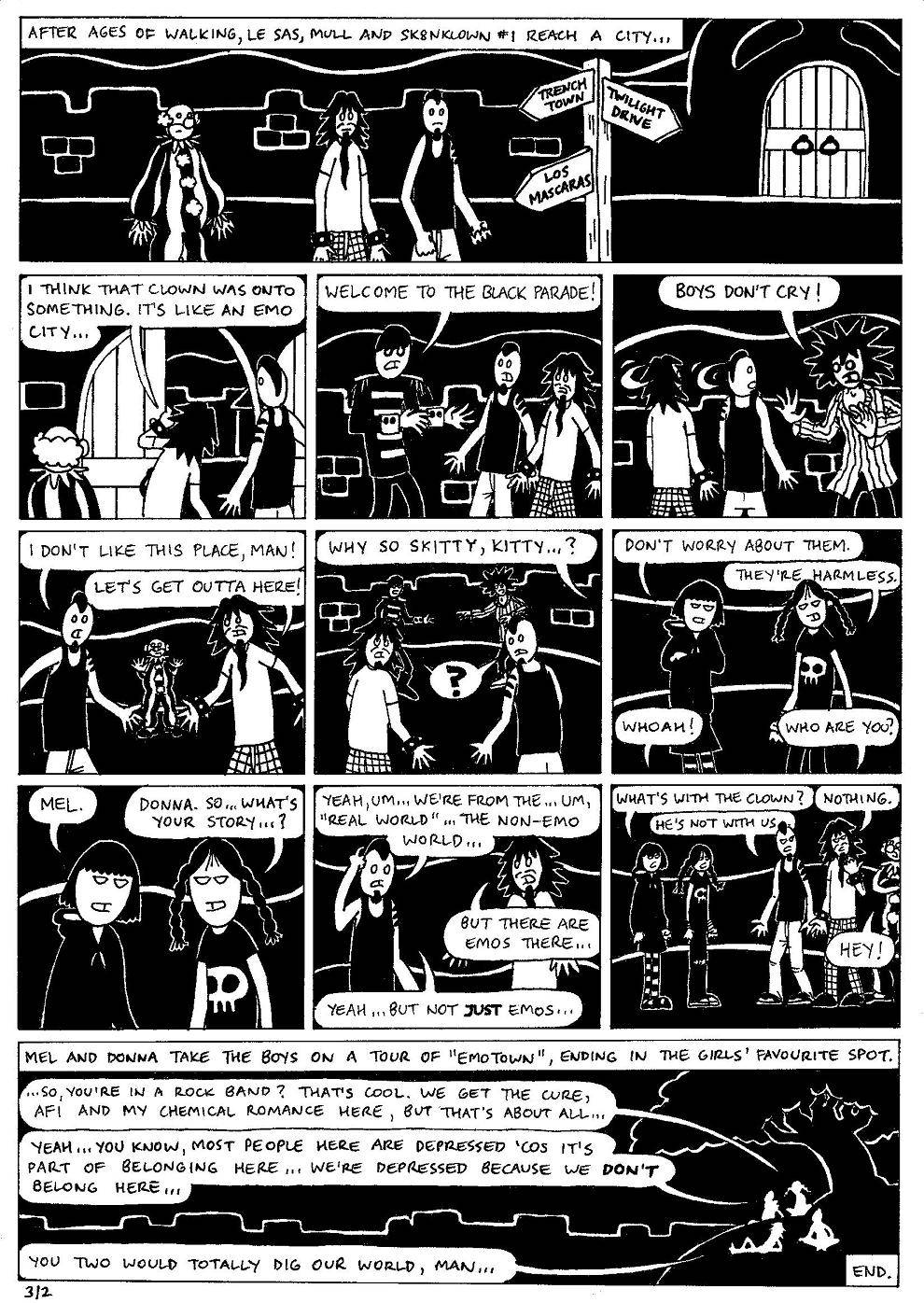 It was very hard to depict that the emo world was not always night, just... black. There are nods to old-school emos (who we always called 'goths') with the Robert Smith-alike, and the new school via the My Chemical Romance dude, whatever his name is... In a super-cheesy and unoriginal manner, I named the girls Mel, which is short for 'melancholy', and Donna, which sounds like 'downer'... I can hear the groans from here... I like the tree-overlooking-the-valley landscape, and the fact that such a picturesque place still exists in the emo dimension. 'Mel' and 'Mull' sound similar. This is a coincidence.
/