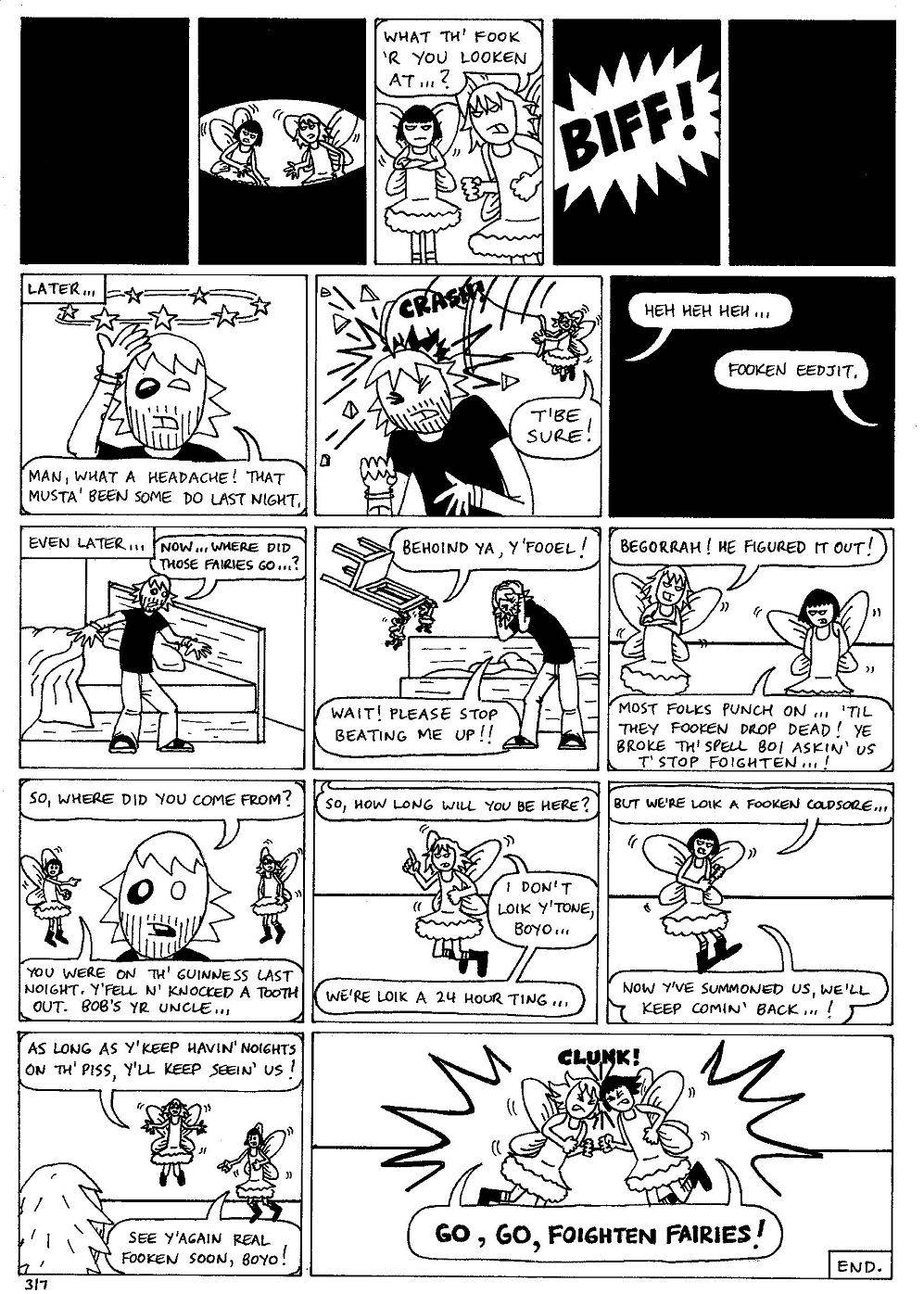 Episode 3/7 dedicated to Ronnie James Dio, 1942-2010. Most of the characters in this comic are based (albeit loosely) on people I know. I thought it was about time I based some characters on my lovely daughters - don't worry, my children are not nearly as foul-mouthed or violent as this pair...give them time, though. The name 'Drunken Irish Fightin' Fairies' is a play on 'Mighty Morphin' Power Rangers', and their little catch-cry/headbutt is also a slight reference. I was never really into Power Rangers, as they got big after I was too old to enjoy them. I did, however, dig the old-school Japanese approach, with giant monsters played by stuntpeople in dodgy costumes... I'll have to update my 'Hollywood cast' lists, but I can see this pair being played by Tina Fey and Amy Poehler... NOTE: This is the first Episode (not including Origin Episodes) to feature only one Howler Monkey.
/