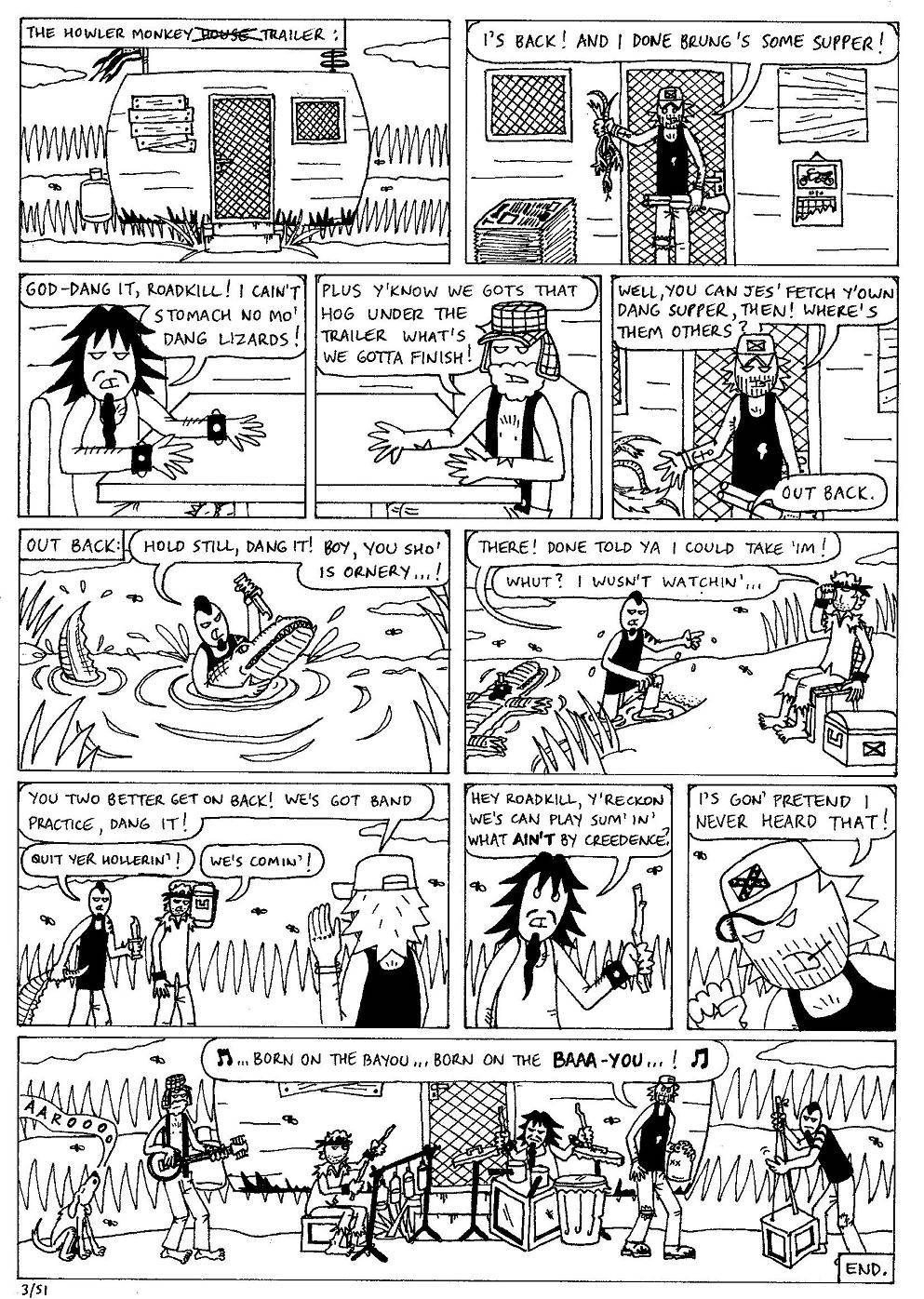 Although I never read many of Marvel's 'What If' comics, I was always intrigued by them, and thought I'd honour them in my own way. The 'Special Episodes' really are akin to 'What Ifs' anyway, as they exist outside the world of the comic (with the exception of the 'Origin' Episodes), but this series of Special Eps is specifically designed to pay tribute to its namesake... Last Christmas, I did our family's 'Christmas Letter' in the tone of a random Southern redneck. I wanted to use the same language in an Episode, and had originally decided to include a yokel character. Then I thought it would be funnier if the HMs themselves were rednecks. This Episode was the result, and gave birth to the whole 'What If' series... In Panel 3, Le Sas says 'God dang-it, Roadkill...' He's not referring to the food as roadkill. Roadkill is Mad Dog's NAME in this Episode. In Panel 6, the reference to a gator being 'ornery' is a reference to the Adam Sandler movie 'The Waterboy' (equally loaded with bayou stereotypes)... Finally, I was going to depict Roadkill playing his elusive harmonica, but I wanted him to be singing, so he's holding a jug instead... The dog was just another cliche to fill up space. He doesn't have a name. Any suggestions...?
/