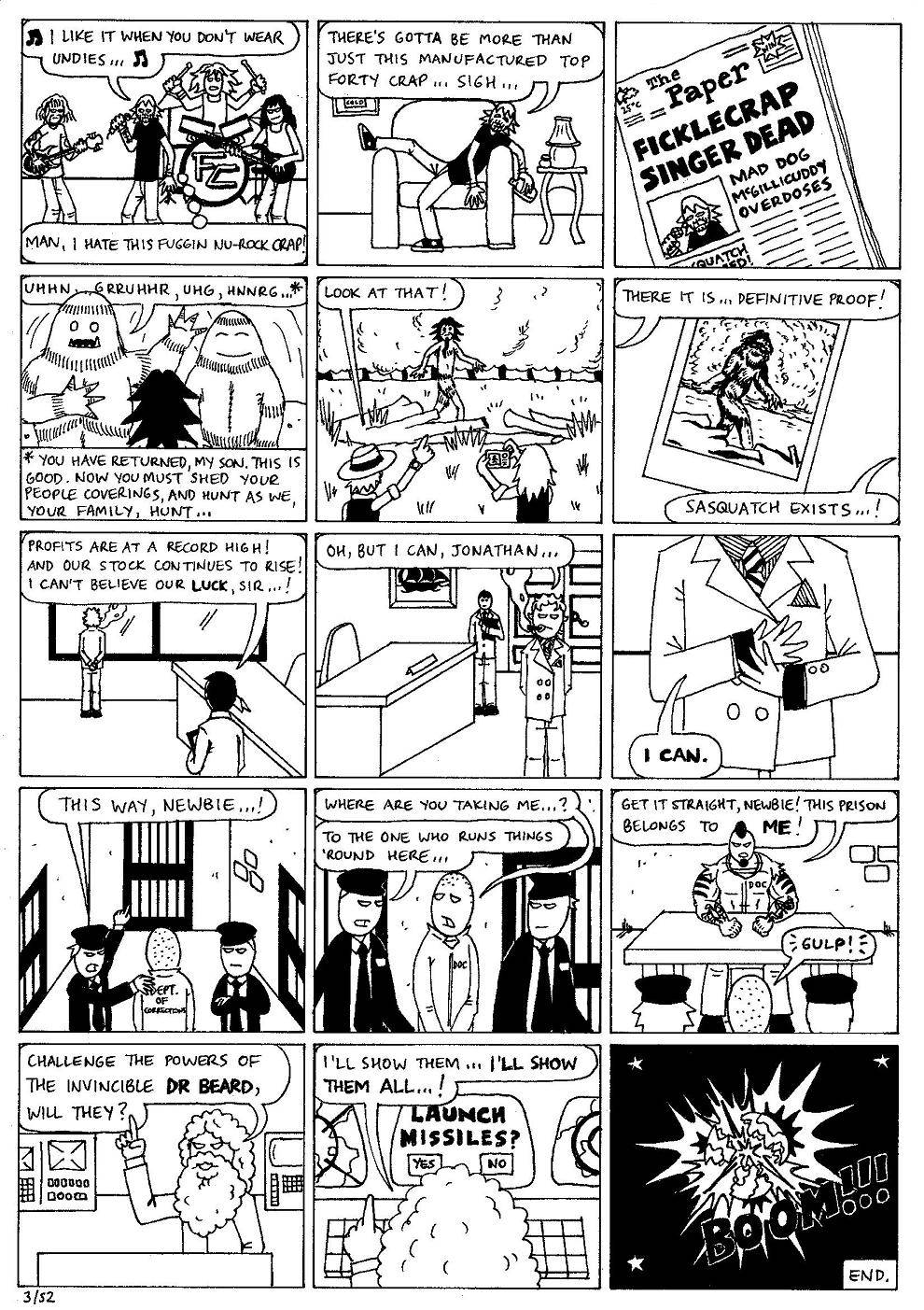 The first Episode to feature multiple stories. This was obviously necessary as if they hadn't met, they'd all be off doing separate things... I FUCKING HATE NICKELBACK. Mad Dog finds himself stuck in a disturbingly similar band, and naturally tops himself. I would. Take the hint, Kroeger. Le Sas returns from his Yeti 'rumspringa' and promptly gets 'discovered'. I stuffed up this section a bit, as I was trying to replicate the famous Sasquatch photo, but it differs too much from Le Sas' appearance in the previous frame. Oh well, you win some, you lose some... Smiley's enchanted bands lead him to find wealth as some Monty Burns-esque corporate emperor. His assistant is named Jonathan as a nod to '30 Rock'. Mull would obviously have continued his life of crime and ended up in the big house. Some people thought that Mull was the newbie, but hopefully it is clear enough that he is actually the jailhouse 'boss'... Finally, without the positive environment of the Howler Monkeys, Beardo has used his powers for evil, with destructive consequences. It is therefore clear; if the Howler Monkeys didn't exist, the world would end.
/