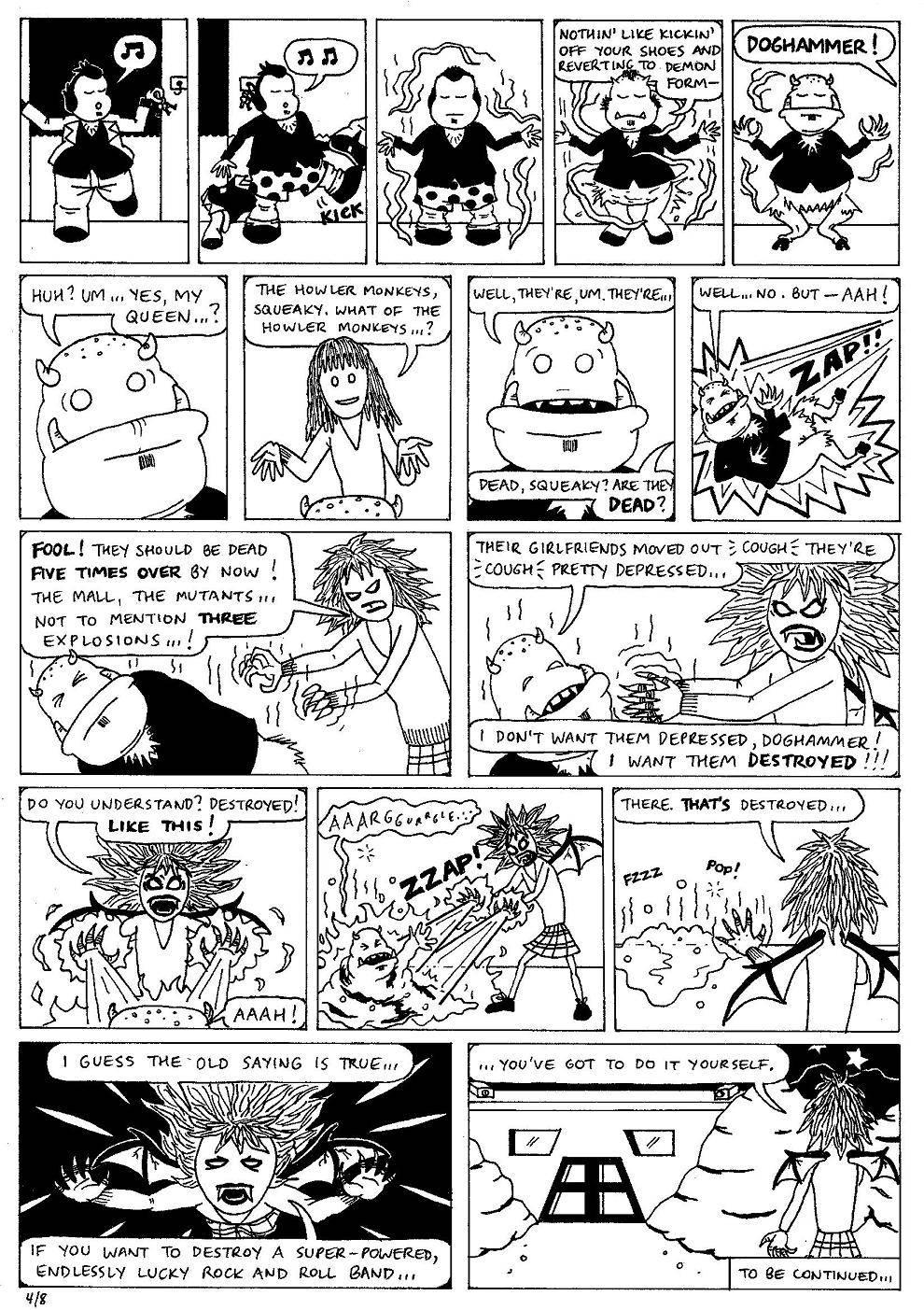 So, Squeaky's actually a demon who operates on behalf of the malevolent Queen... Wow (if you'd read the Episodes synopses on facebook, you already knew that). The 'villain vibe' of this comic has always been the same as the old 'Batman' TV show (which I watched as a BABY - 'Batman' was my first word!): lame wannabes whose methods are never really enough to outdo the good guys. They often come CLOSE, but ultimately they're far too lightweight to do any major damage (e.g. SK8NKLOWNZ, Burger Master). The Queen's a little different. She packs a punch... As some fans, who know me well, have observed, The Queen is based on an ex-girlfriend. That's all I'm gonna say.
/